Sutton Greens joined Sutton for Peace and Justice and others today to protest against G4S's continued complicity in human rights violations around the world.

Previous G4S AGMs have been held in central London. G4S thought they could escape scrutiny and protest by holding their AGM in Sutton. They were wrong. 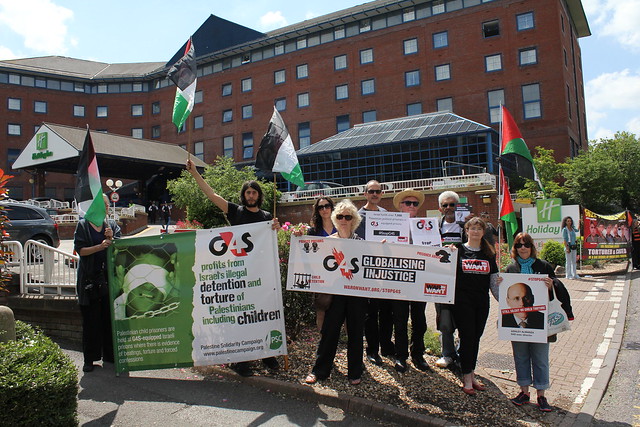 “G4S have misjudged the people of Sutton. It appears G4S believed that by holding its AGM in Sutton G4S would escape scrutiny of its appalling record of profiteering on the back of human rights abuses worldwide. They were wrong.

“The Greens, stand beside Sutton for Peace and Justice group, War on Want and others in calling on G4S to end immediately its complicity in human rights violations around the world."

Back to main page